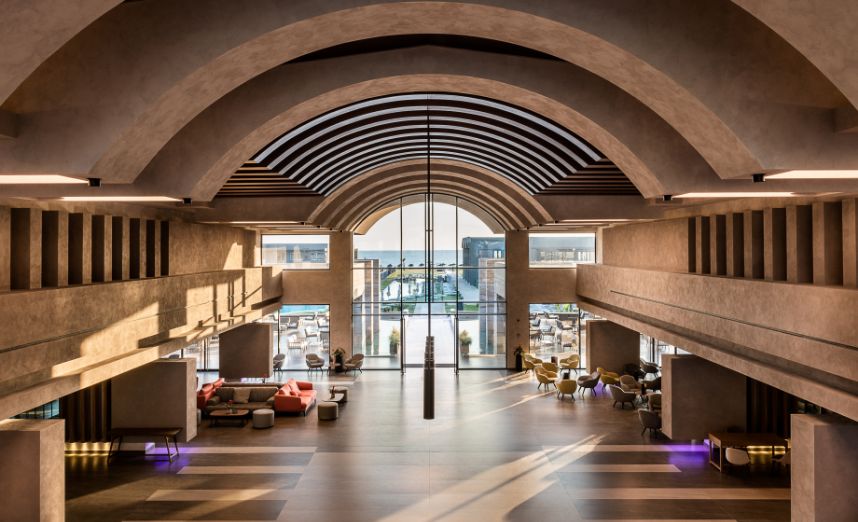 The Euphoria Resort, a 5-star All Inclusive Resort, with a capacity of 700 beds, is situated in Skoutelonas village, Chania, Greece. Since the hotel is built in a village that carries the Cretan tradition, the design team sought references in the local architecture and selected lines and materials that reflect the architectural features of the […]

AVRA IMPERIAL BEACH RESORT & SPA, a 5-star hotel with 328 rooms, is located in Kolymvari, Chania, Crete.  Of particular interest is its architectural design which is inspired by the structural features of Minoan palaces, while engraved symbols of linear B’, Minoan script, compose the central decorative idea and are found throughout the hotel with […] 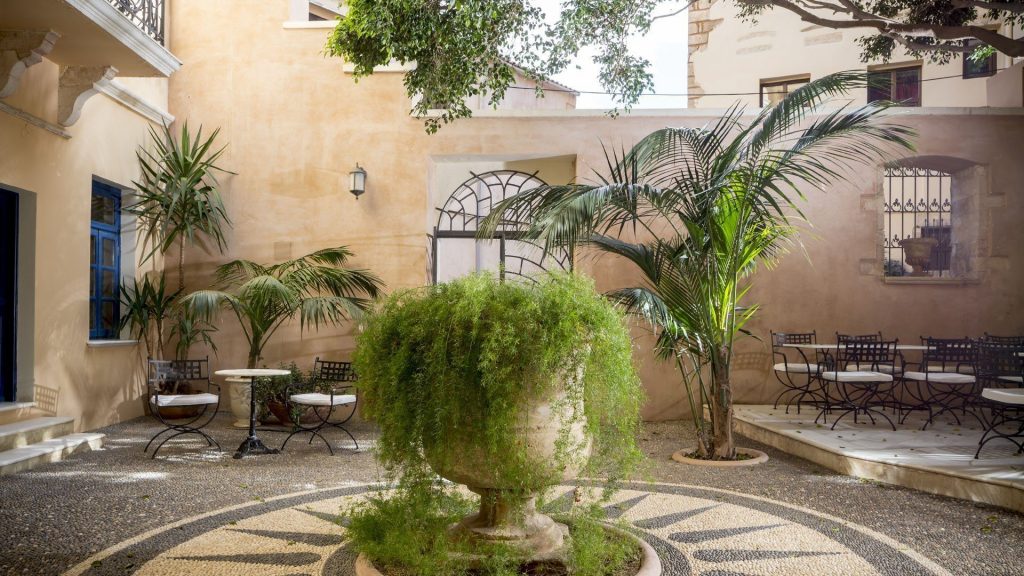 Casa Delfino, a boutique hotel with 24 rooms and suites, was once the private home of the Delfino family, a 17th century Venetian mansion in the Old Town of Chania. Paying homage to the building’s history, all spaces have been sensitively restored to their original splendor, combining architectural heritage with contemporary aesthetics. Characteristic of the […] 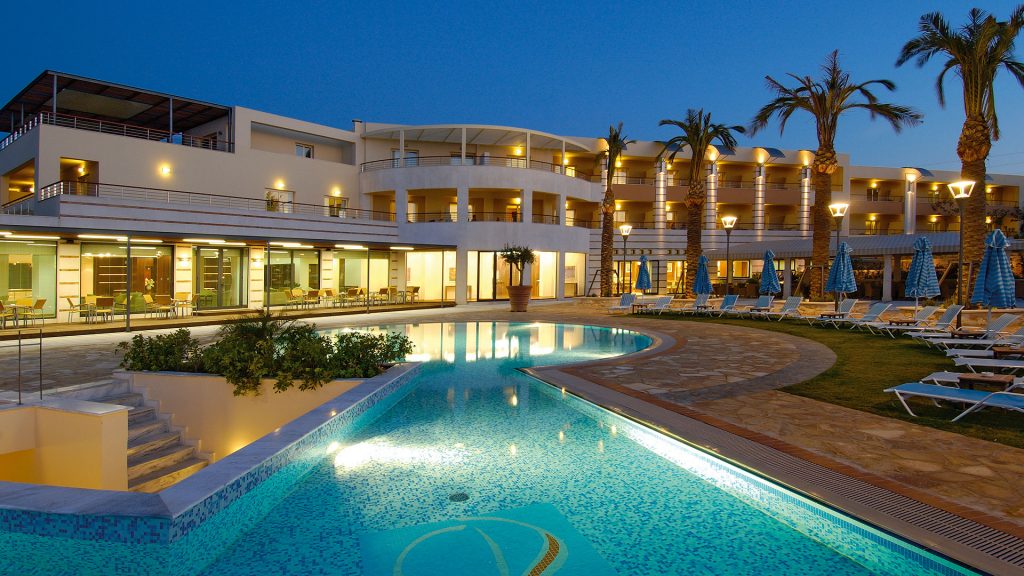 The hotel is located in Kato Stalos and is about 80 meters from the beach with direct access to it. The plot has a gentle downward slope from south to north and the buildings have been placed in 4 levels in order to be integrated as smoothly as possible into the solid land. The reception […] 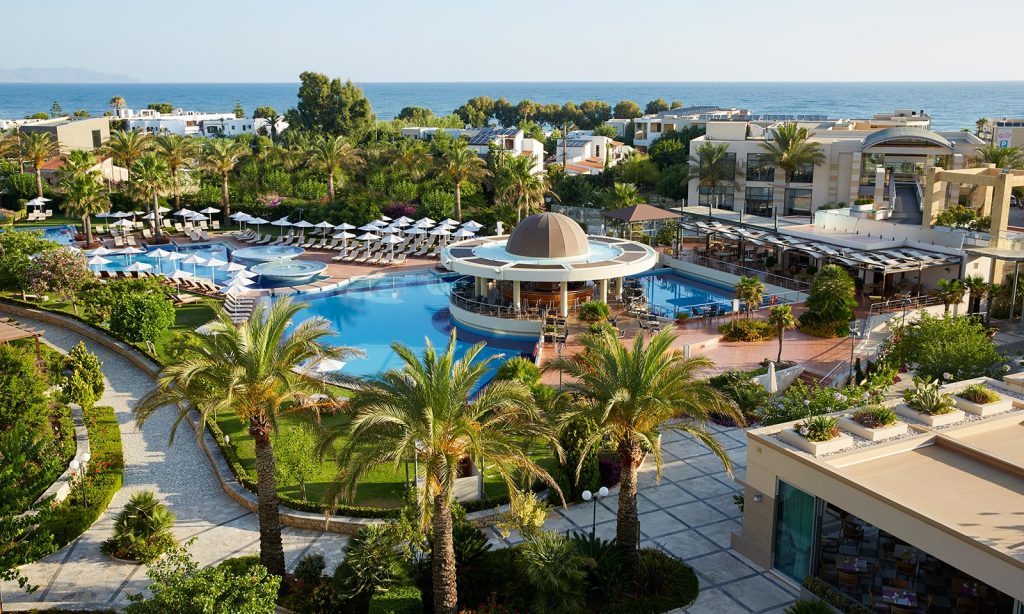 The MINOA PALACE RESORT & SPA, a 5-star hotel, is in a seaside location, in the area of Platanias, in Chania, Crete. The original complex was created in 2002 and expanded in 2008. The two parts of the hotel are joined by a metal pedestrian bridge. The architectural style is classic, following Cretan architecture, with […] 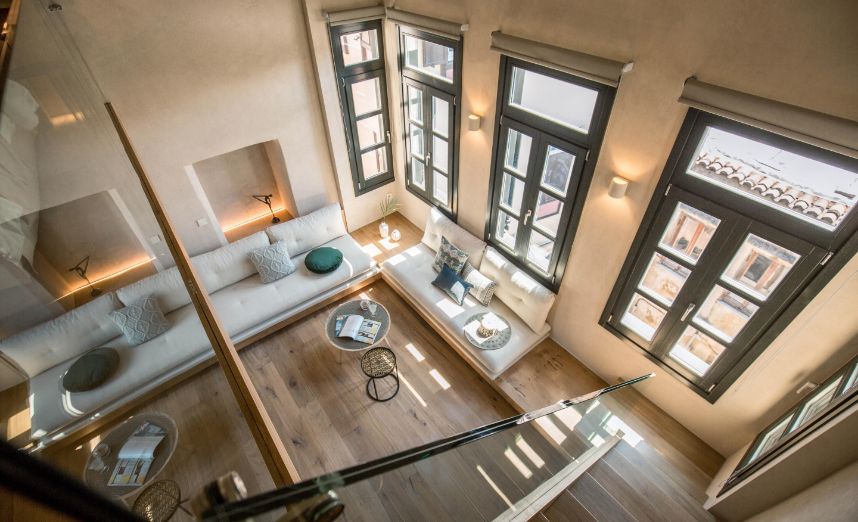 J&G SUITES  J&G Suites, a hotel with 5 suites, is housed in a renovated Venetian building in the center of the Old Town of Chania. The building was built in the 15th century, in the middle of the Venetian period, and later, in the Ottoman era, the building acquired the typical Turkish wooden facade. The […] 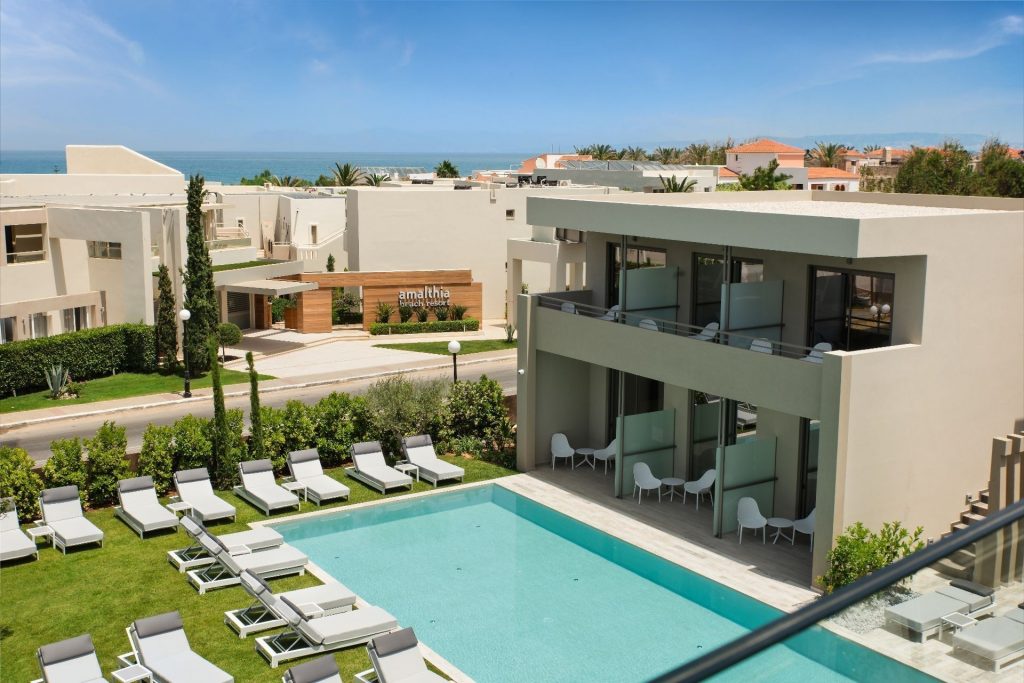 The new 4-star hotel, with a total capacity of 183 beds and the existing hotel unit with which it was functionally merged, are located on either side of the old national road of Chania – Kissamos. For the safe movement of visitors and staff as well as for operational reasons, a pedestrian bridge was built […] 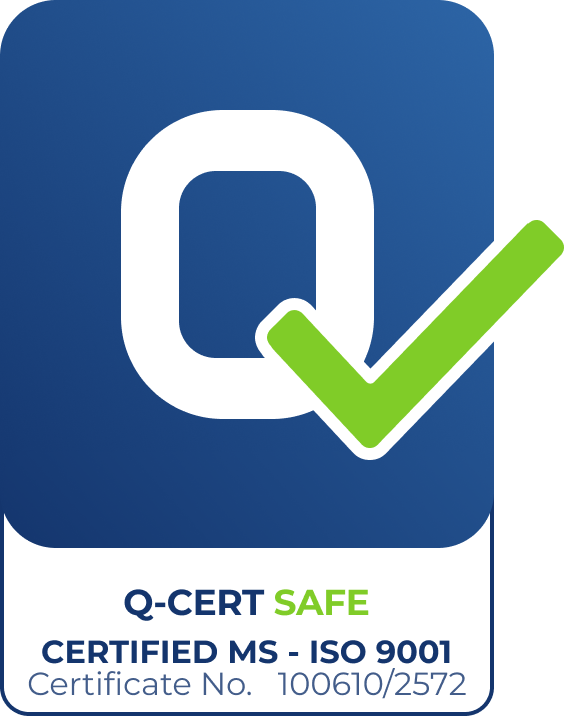